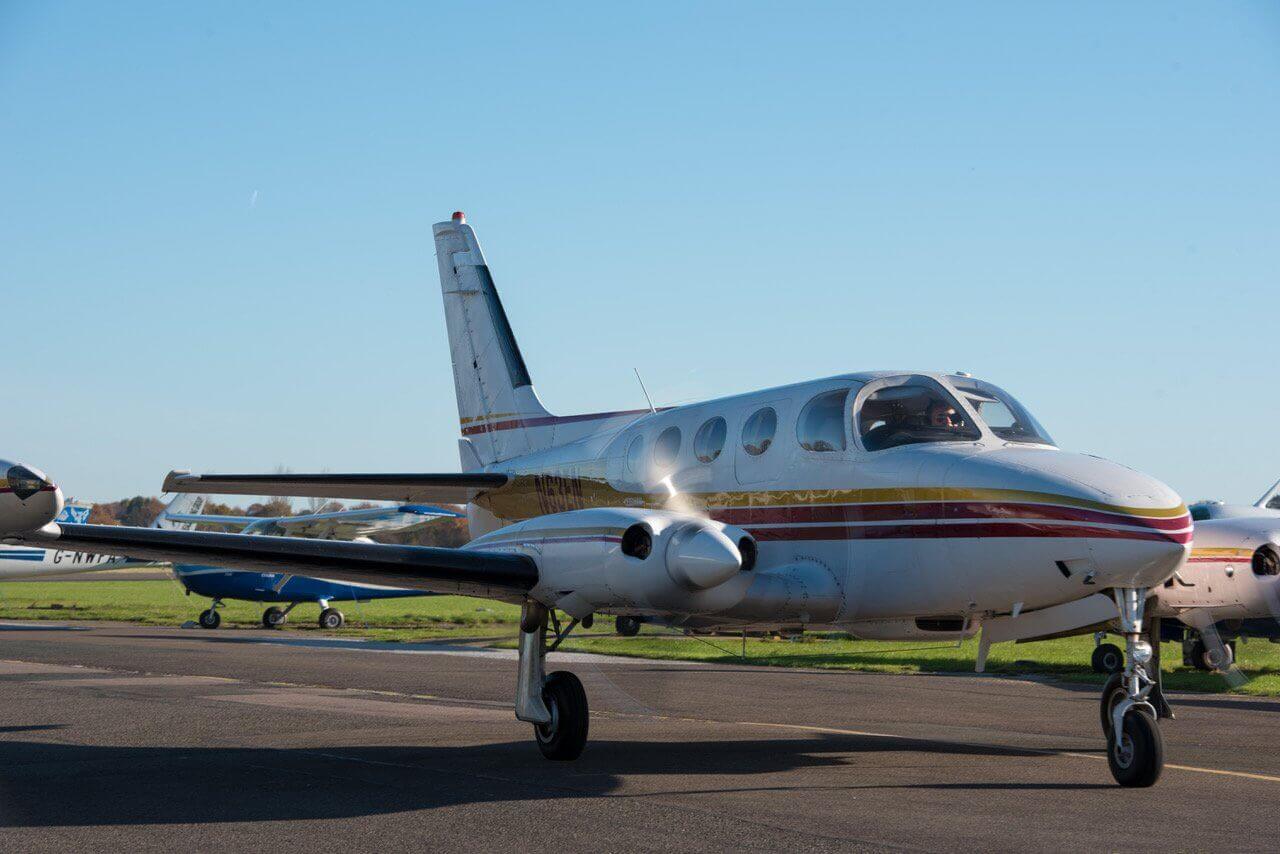 The Cessna 335 and 340 are low-wing, light twin-engine aircraft produced by Cessna from 1972 until 1984. They are one of the most common light twins in general aviation. The success of the 340 led to Cessna offering the 335 unpressurized version, which was virtually identical by outward appearances but at a lower cost.

Like other light twins manufactured at the time, aircraft components for the 335/340 were sourced from other Cessna models. The tail unit and landing gear were based on the Cessna 310, and the wings, flaps, and ailerons were based on the Cessna 414. At the time the 340 came on the market, it joined the Beechcraft Duke in the six-seat pressurized piston twin market. It quickly passed the Duke, with 1,287 Cessna 340s built, compared to 596 Beechcraft Dukes.

The 340 aircraft was Cessna’s entrance into the pressurized ‘light twin’ market with the 340 being a smaller companion to the company’s heavier 414 and 421 aircraft. It was developed to be a cabin-class version of the popular Cessna 310 (the 340 is five feet longer than the 310), complete with an airstair door (steps built into the door), and four-passenger seats in a club configuration allowing a roomy cabin. Early models of the 340 had two turbocharged Continental TSIO-520-K engines (285 hp each). From 1976 going forward, the 340A variant had two Continental TSIO-520-NB engines (310 hp each). The typical cruising altitude of the 340 is between 18,000-21,000 feet, with a service ceiling of 29,800 feet. Although the aircraft seats up to six people, with a full load, its fuel load (and range) are greatly reduced.

A number of incidents and accidents have occurred over the years involving the 335/340, including but not limited to:

Cessna 340 insurance, like all aviation insurance, is broken down into 2 specific coverages. The first is Liability Coverage, which is standard on every aircraft insurance policy and the second is optional hull coverage, which covers damage to the aircraft itself.

Cessna 340 aviation liability insurance covers damage caused by the aircraft, outside of the aircraft, specifically property damage, bodily injury, and provides for legal defense in the event that the aircraft owner or policyholder is sued.

Other liability options: Higher liability coverage on the Cessna 340 is available to qualified pilots with experience in the make and model and a minimum Commercial/MEL/IFR license/ratings.

The second coverage on a Cessna 340 insurance policy is hull coverage and is an optional coverage. Aircraft hull insurance covers damage to the aircraft itself and is an agreed value, not subject to depreciation. Agreed value is decided during the initial insurance quoting process, the aircraft owner requests an insurance quote for his or her Cessna 340 and requests a quote including hull coverage in the amount of say $215,000. Once an aviation insurance company provides a quote, they are agreeing with you that your aircraft is worth $215,000.
*Insurance companies may place additional stipulations on quotes to prove the value of your aircraft prior to binding, if your agreed value is higher than bluebook.

Most aviation insurance companies do not offer deductibles higher than $0 deductibles, which means in the event of a total loss, if your aircraft was insured for $215,000, you would get a straight check for $215,000.

As of January 2021, there are 8 carriers quoting Cessna 340 insurance in the U.S. We consider qualified pilots to have at least a Private License and IFR/MEL ratings, with 1,500 total hours, 500 MEL hours and 25 hours in the make/model.

For more information or to get an actual Cessna 340 insurance quote, please fill out a quote request online here or call us at 800.666.4359