One of the easiest ways to save money on plane insurance is by changing coverage during the policy period to accurately reflect your current aircraft’s situation. If you typically don’t fly the aircraft for 3-6 months during the winter for example and you carry Full Hull Coverage, you are paying extra for coverage you don’t […]

Cirrus aircraft insurance averages $2,624 annually for a qualified pilot with $245,000 in hull coverage. The Cirrus SR22 has been the world’s best-selling general aviation airplane, every year since 2003. The SR22 is a single-engine composite, 4-5 seat, low-wing aircraft equipped with a parachute. Over 6,525 Cirrus aircraft have been produced since 2001. Despite their […] 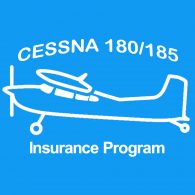 Wouldn’t it be amazing if you could get a 50% discount on the insurance for your second aircraft? News Flash: You can! If you own a Cessna 180 or 185 and meet our minimum qualifications Pvt, 750TT, 250TW, 100Make/model, you might be eligible to save 50% on your Second Aircraft when you combine them in […]

Seaplane insurance covers your float equipped or flying boat aircraft for liability and hull damage. Owning and flying seaplanes is an amazing experience. The freedom of being able to land on any lake or water surface is truly liberating. As fun and exciting as it is to fly a seaplane, it’s also important to ensure […]

As much as we hope to avoid ever having an accident in our aircraft, they do happen and sometimes are out of our control. If you do have an accident, and you have an active Airplane Insurance Policy, these are your next steps: Personal safety first. Do whatever is necessary to make sure you and […]

Shop every year Give your broker all the info. Get all the discounts. After a claim, stay with your company. Only pay for coverage that you need. Let’s face it, owning an aircraft is an amazing, yet expensive hobby. We all love flying, but sometimes it feels like the costs just don’t stop. Aircraft Insurance […]

According to the Kerrville Daily Times, effective 11/12/2019, Mooney Aircraft International has ceased all production at it’s Kerrville Airport factory in Texas. The company laid off 229 employees, including all employees on the aircraft production and parts lines.   Mooney Aircraft Company was founded in 1929 by Albert Mooney and his brother Arthur, according to Wikipedia, and […]